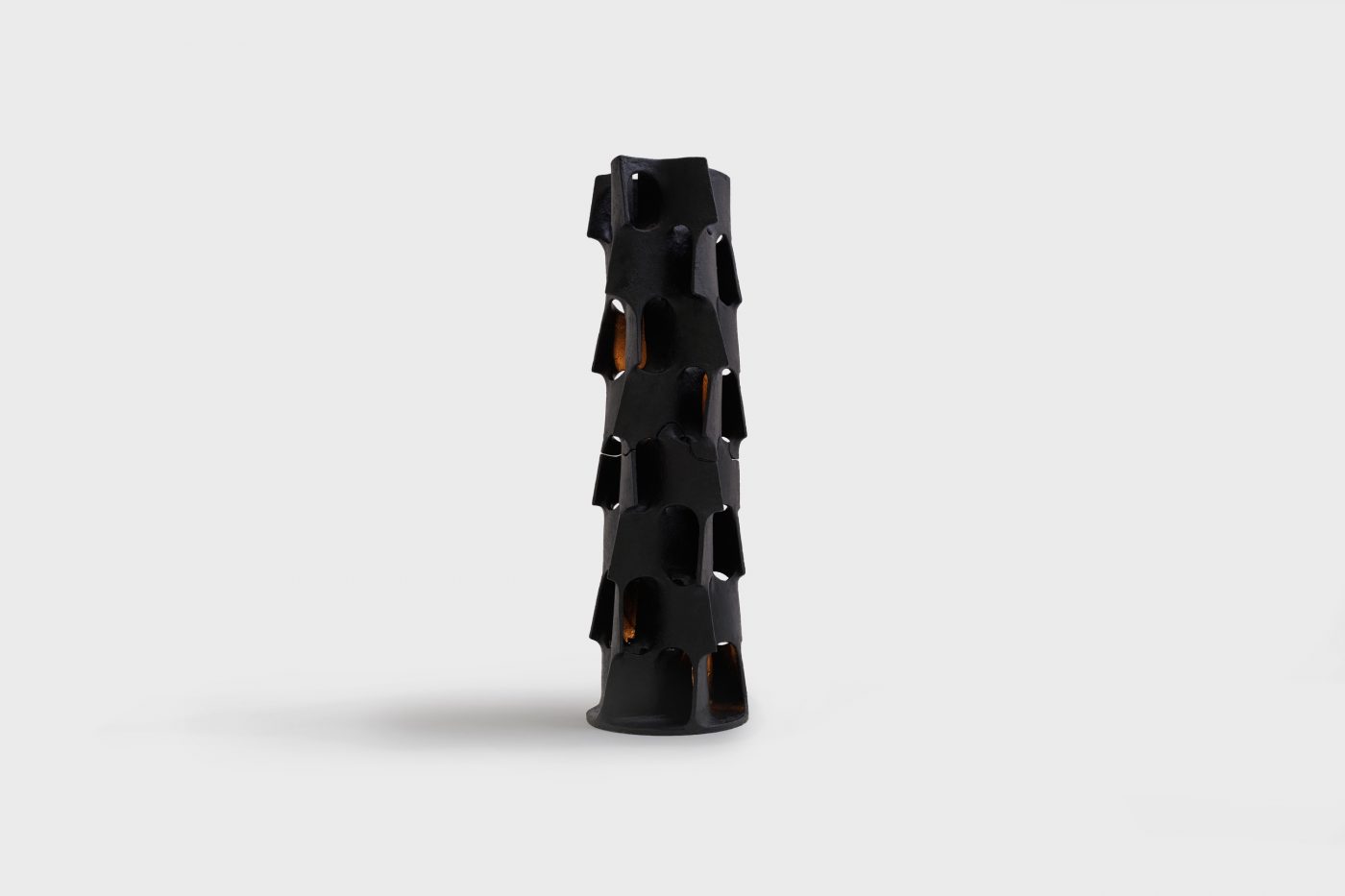 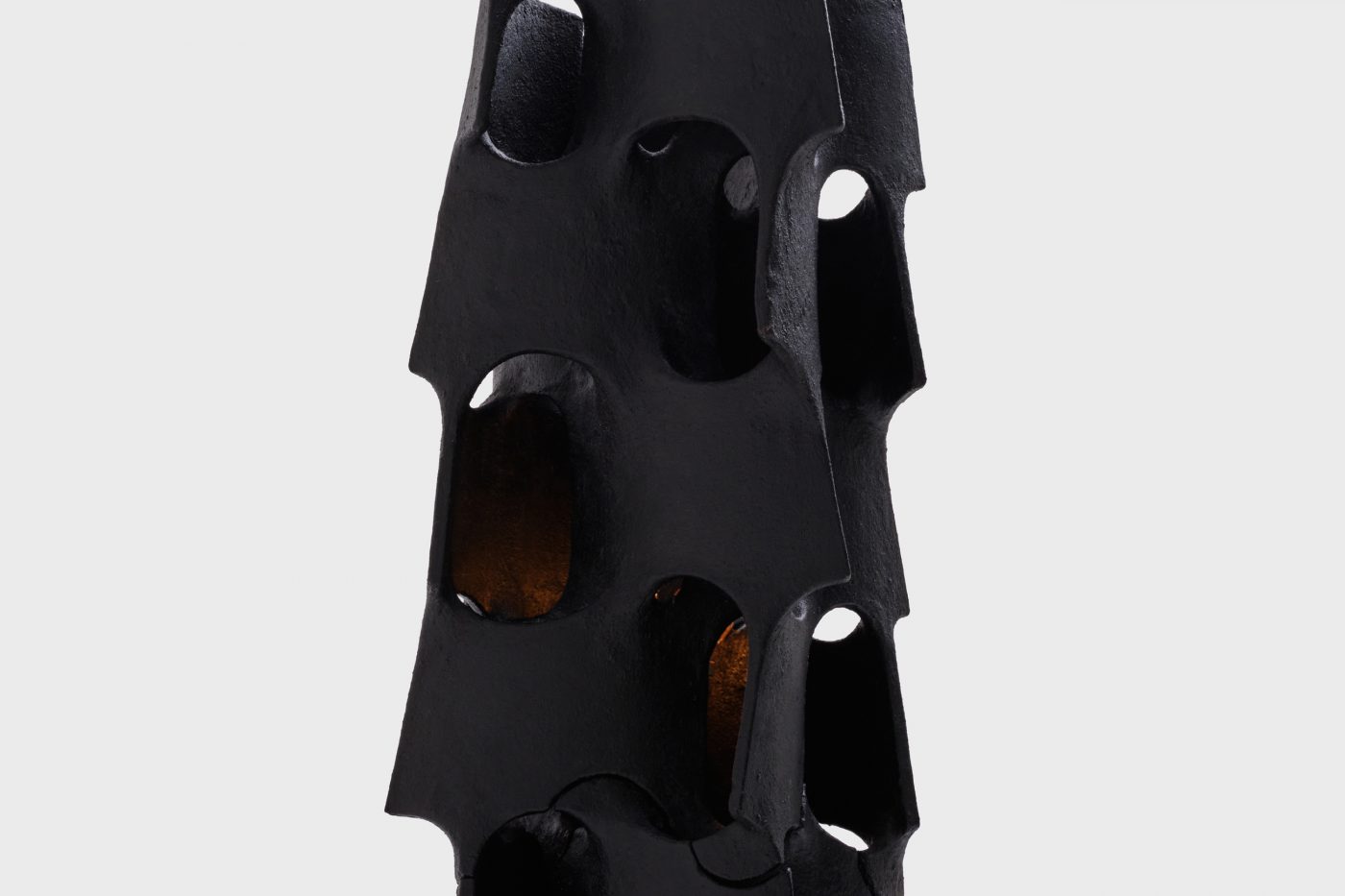 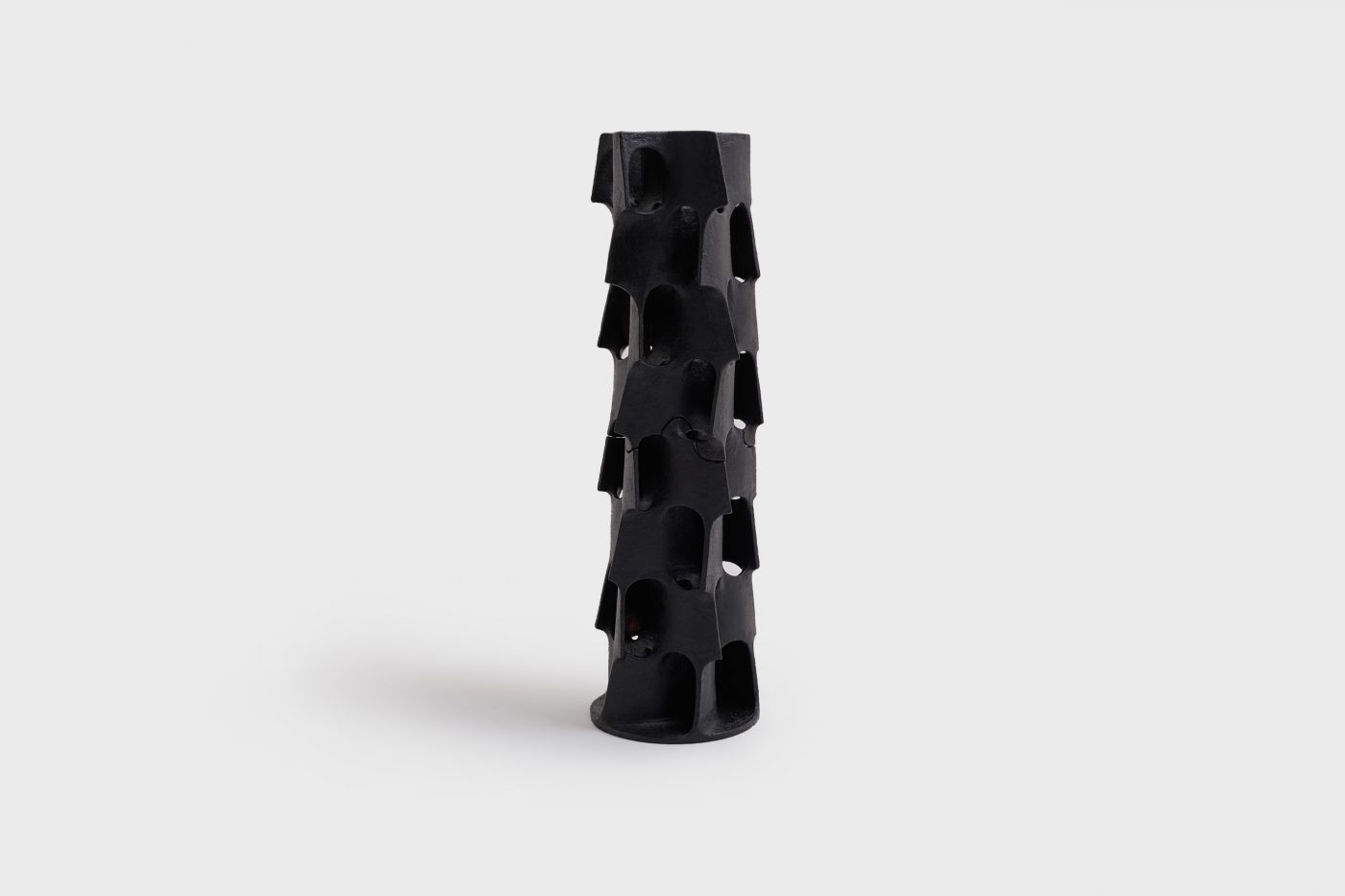 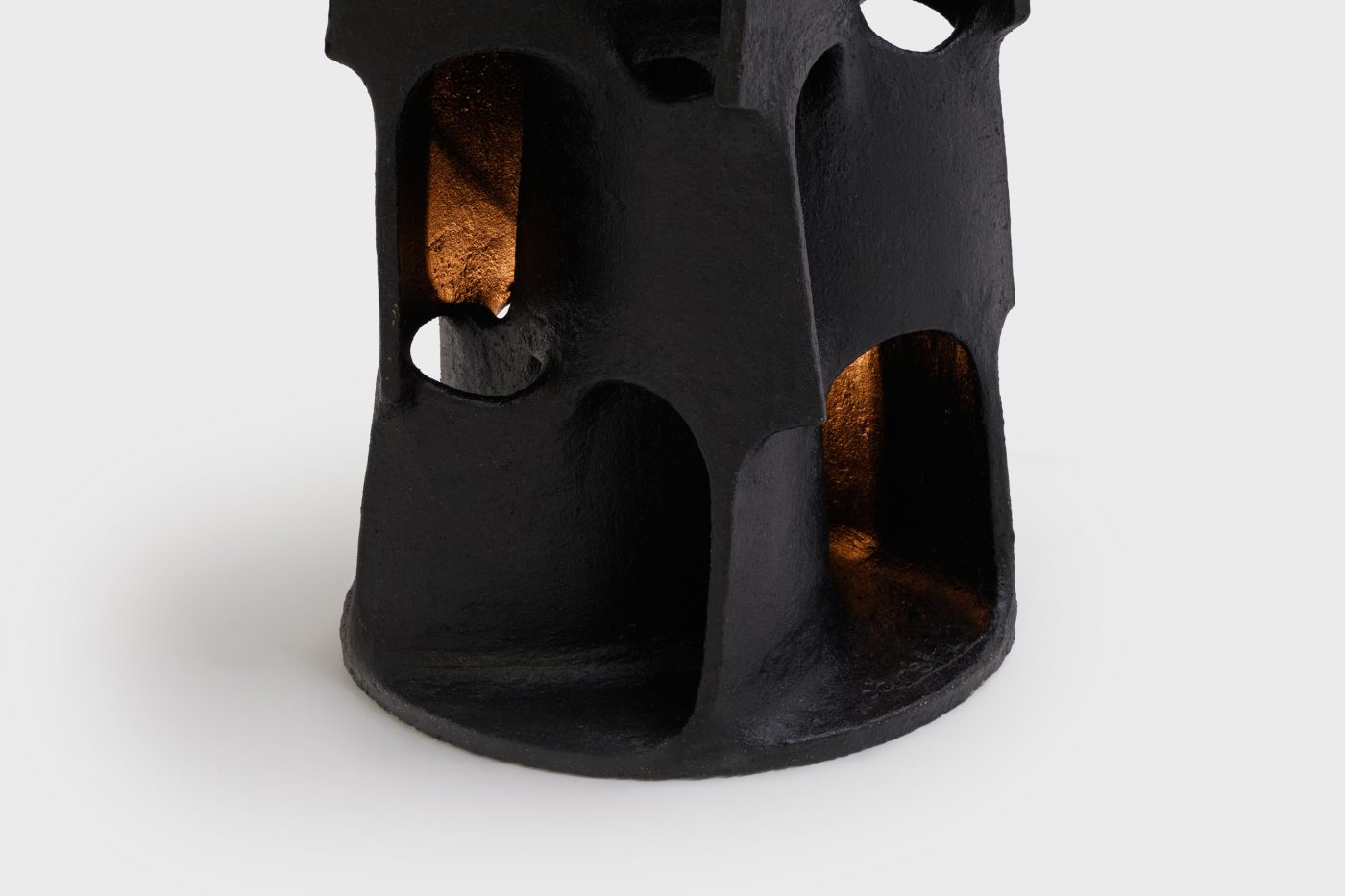 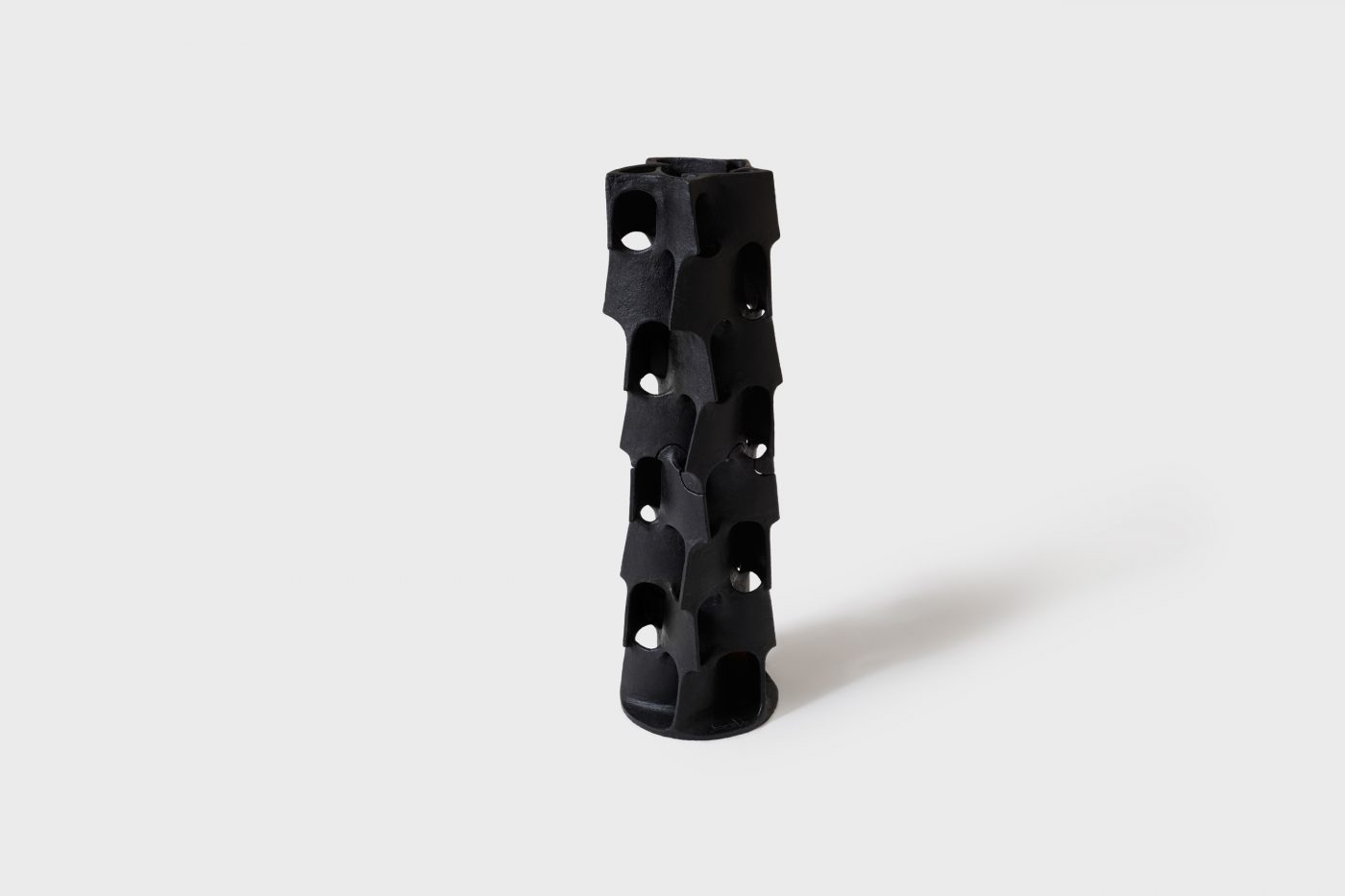 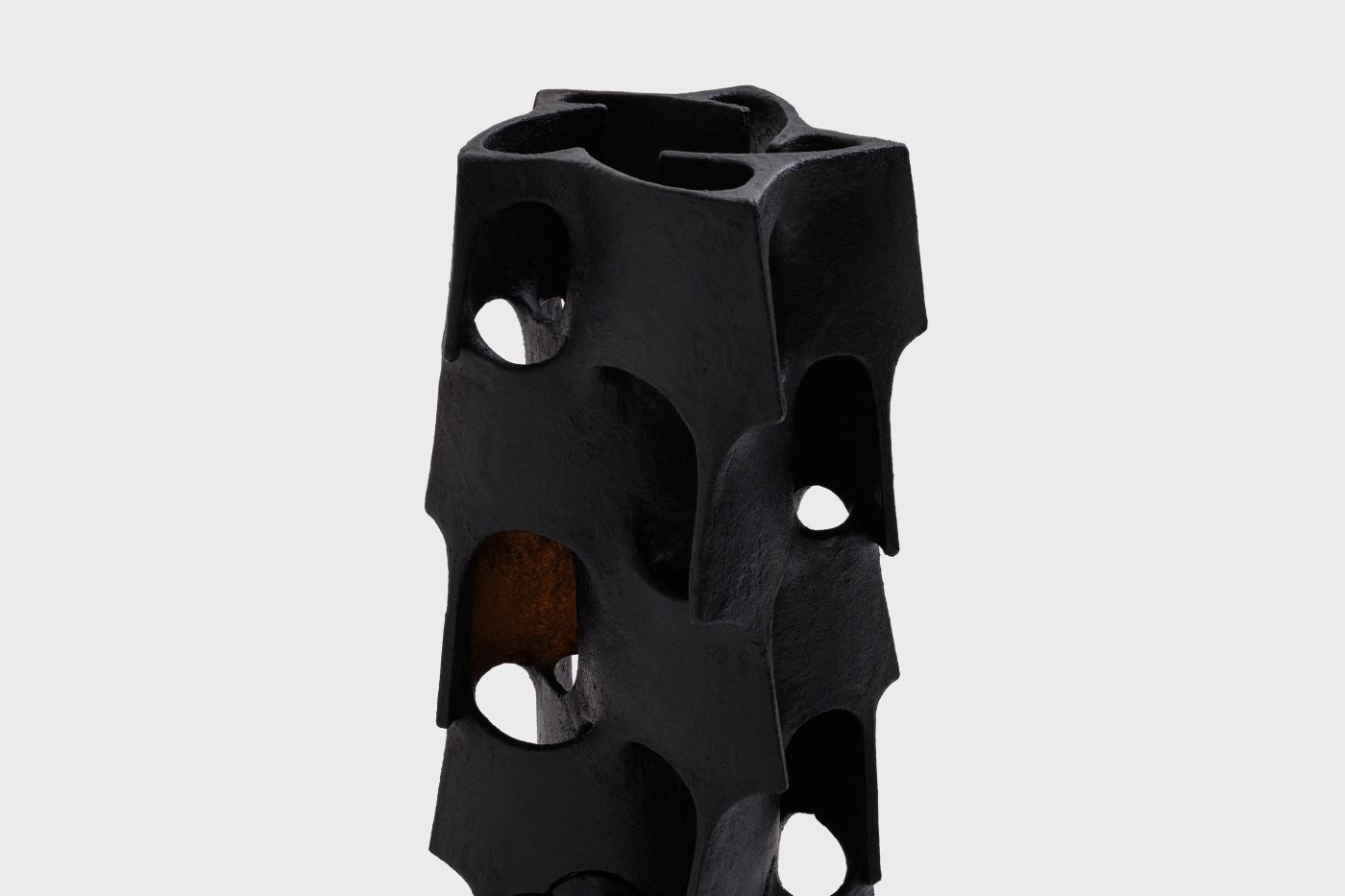 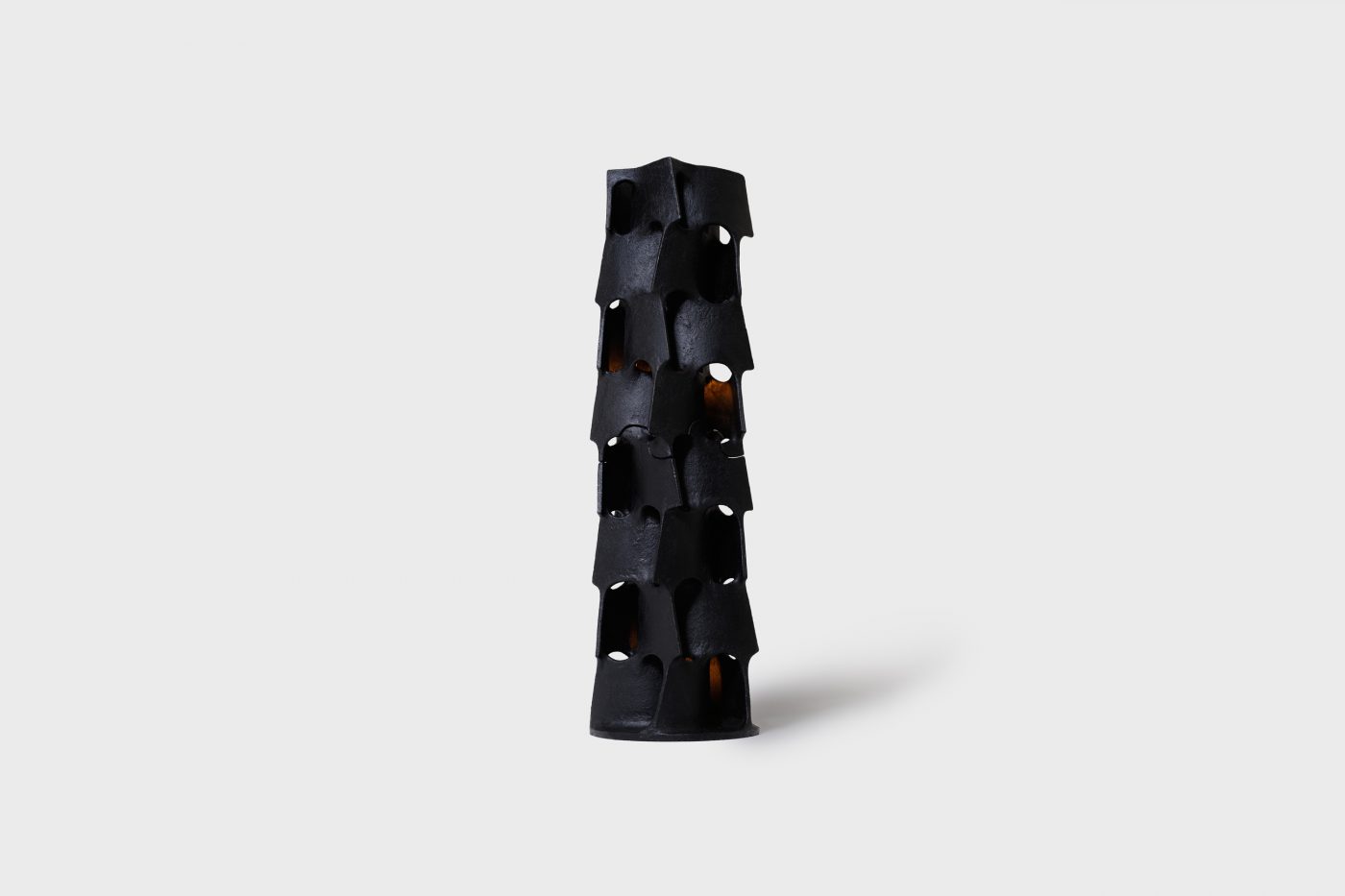 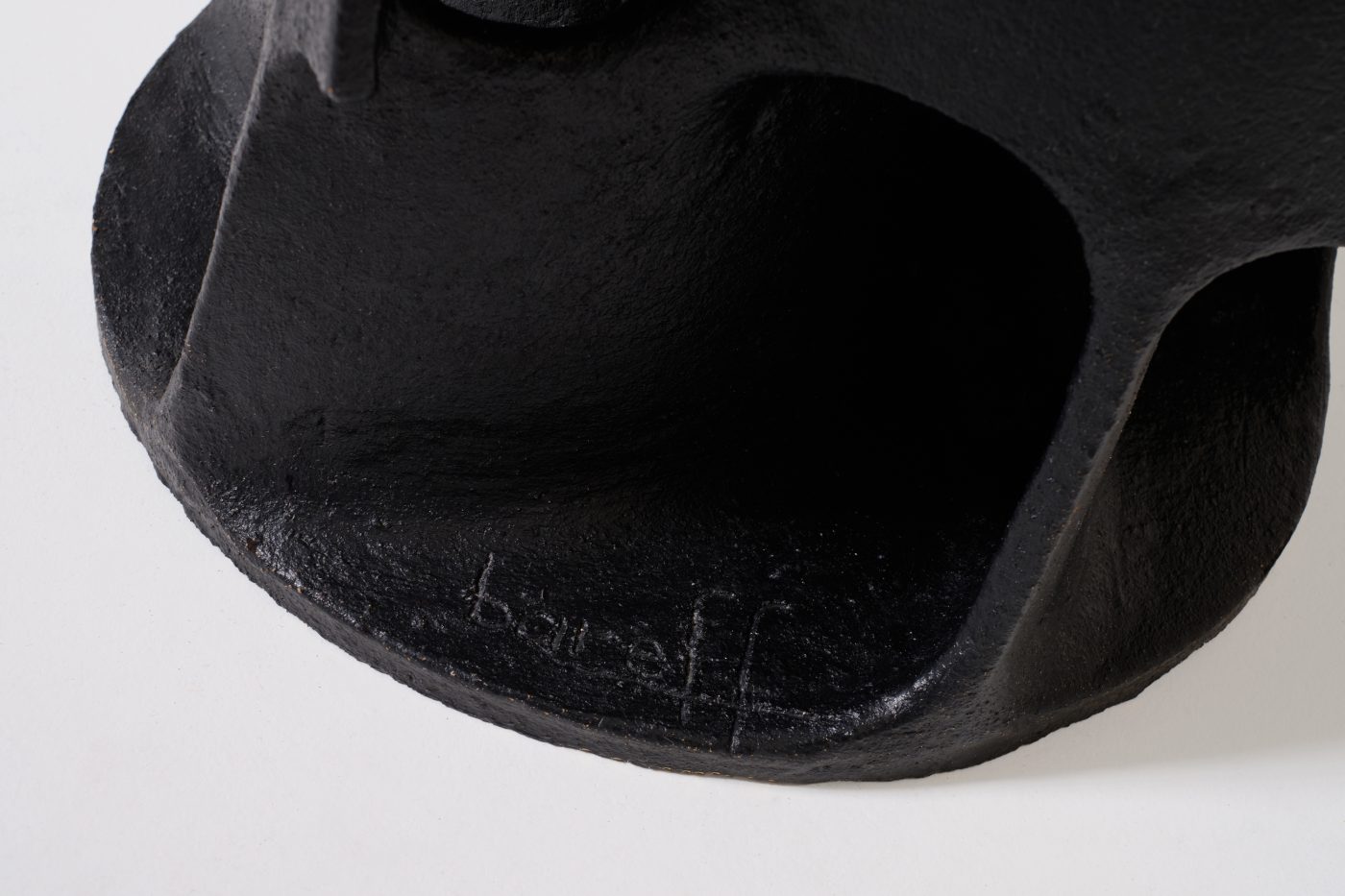 Unique sculpture 'Deux Flammes' by Guy Bareff (born 1942), France 1969. Exceptional and rare early work made in 1969.
The work stands out in its sheer size and unique, two stacked pieces therefore which have given it name; 'Deux Flammes'. The work is made from clay finished with a black glaze and has a raw structure. Incredibly beautiful combination of sensual shapes and brute material, making it very unusual and attractive.
Bareff was very productive in the 1970's; he exhibited in galleries and completed large-scale international commissions for luxury hotels and private villas.
Bareff was particularly inspired by architecture, he became increasingly interested in clay for its function of lending form to sculpture. The warmth of color and the tactility of raw texture in its purest form attracted Bareff. The central dialogue of his work became the dynamic inter-play of light and forms in space, both light cast on the objects and that placed within the sculpture by the artist.
This sculpture is also provided with two simple light fittings which spread a subtle hidden light; causing an interesting play of light and making the sculpture 'come alive'. Although provided with a light it's absolutely not necessary to keep this on, but comes as an extra option. The sculpture is in an excellent original condition.