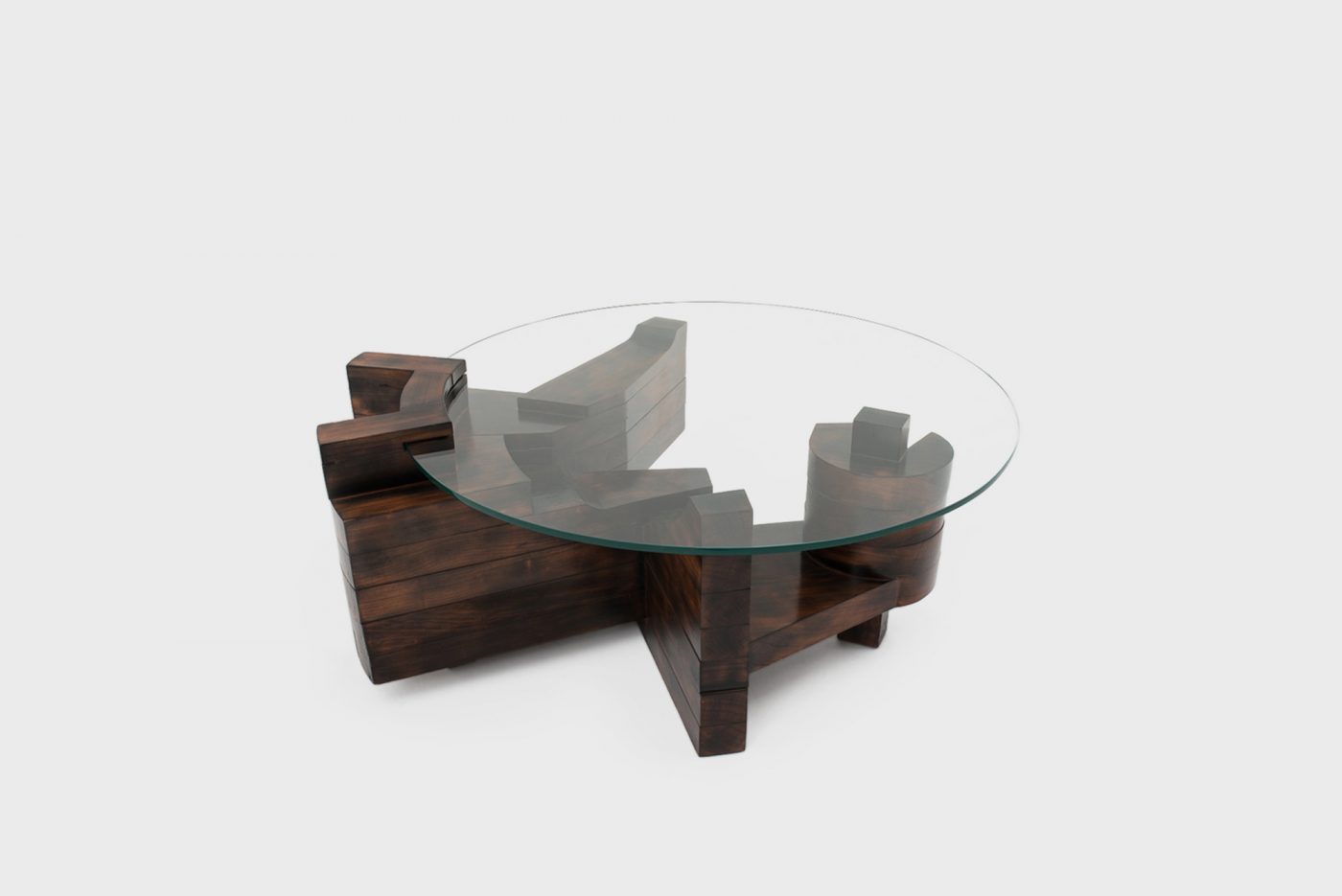 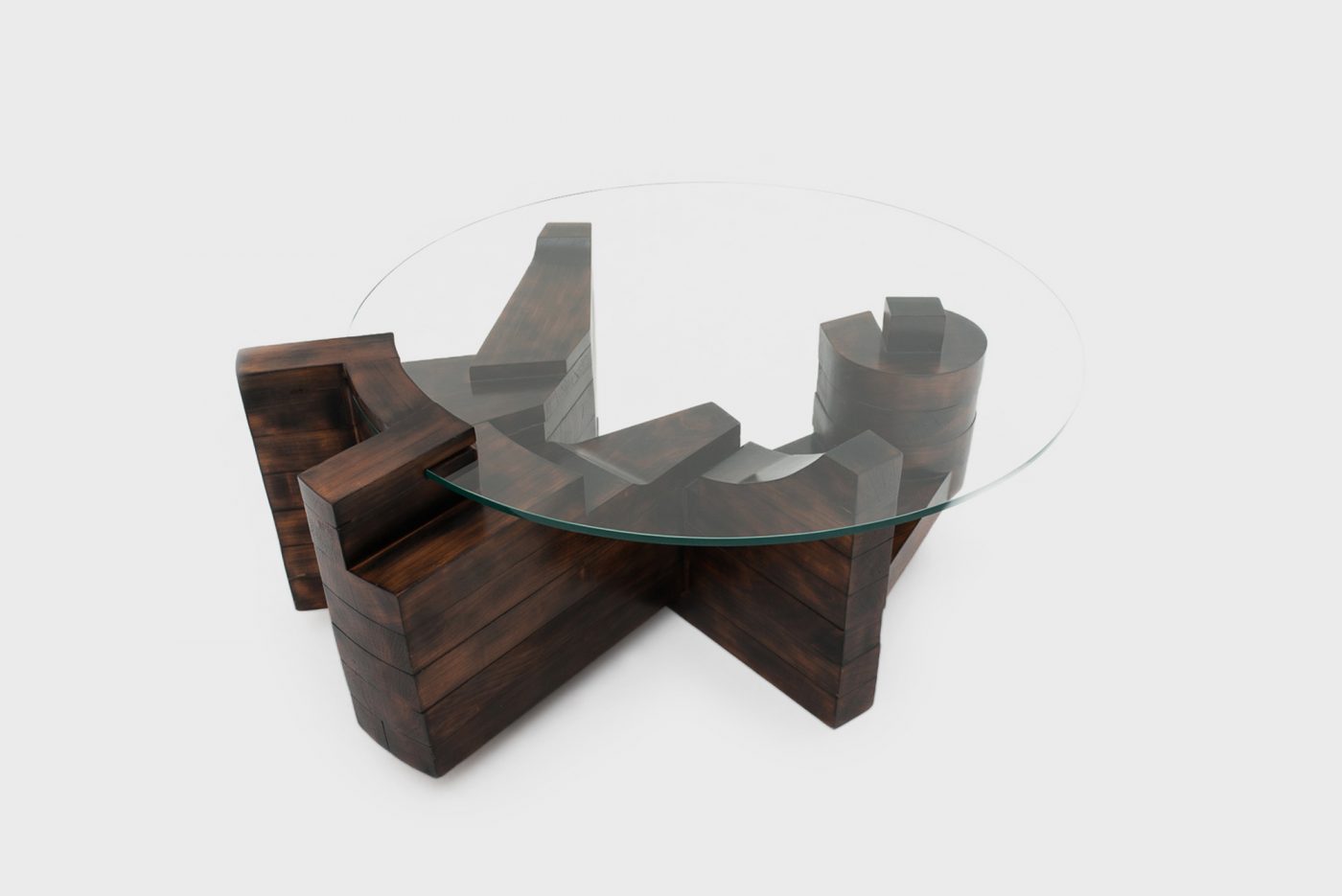 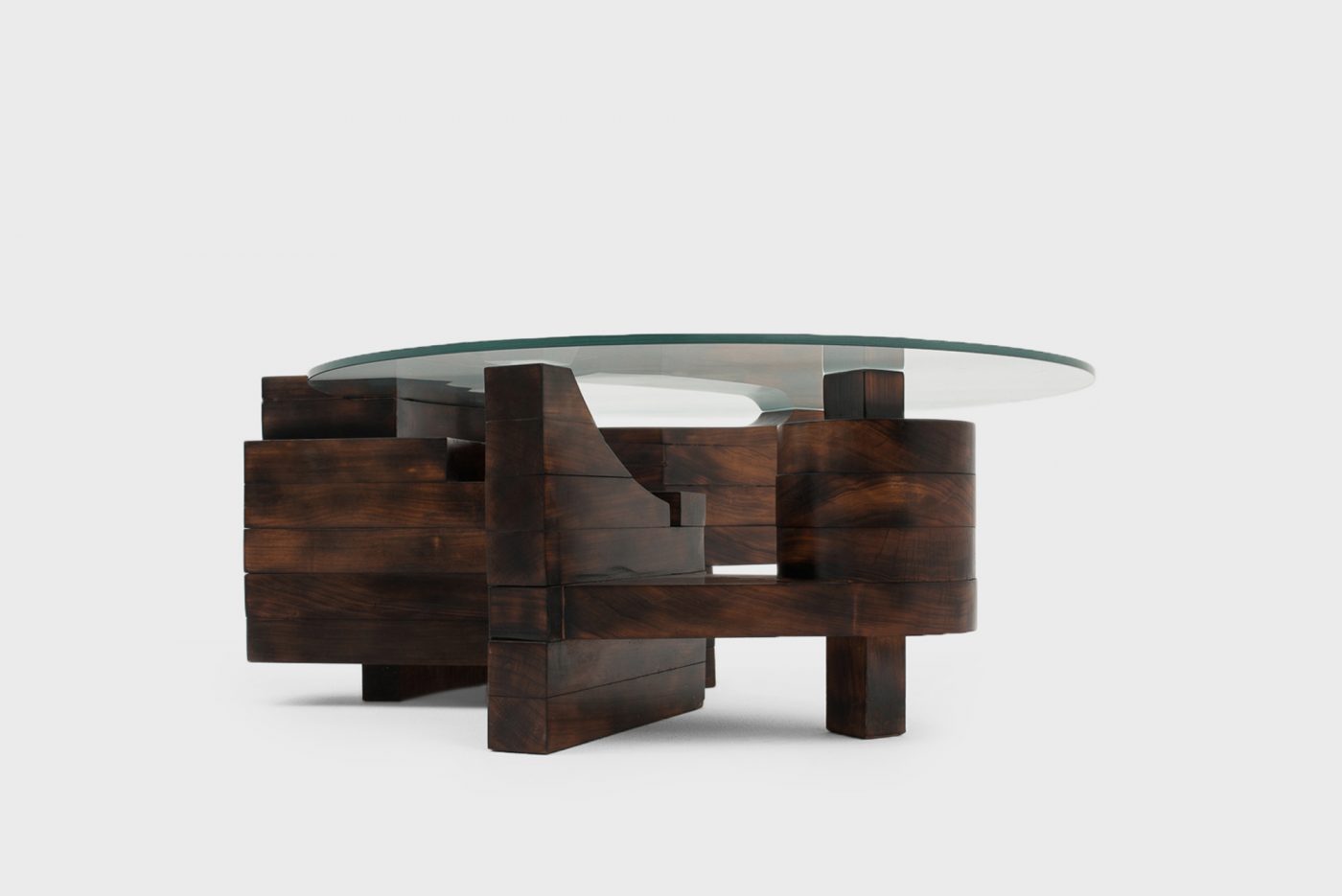 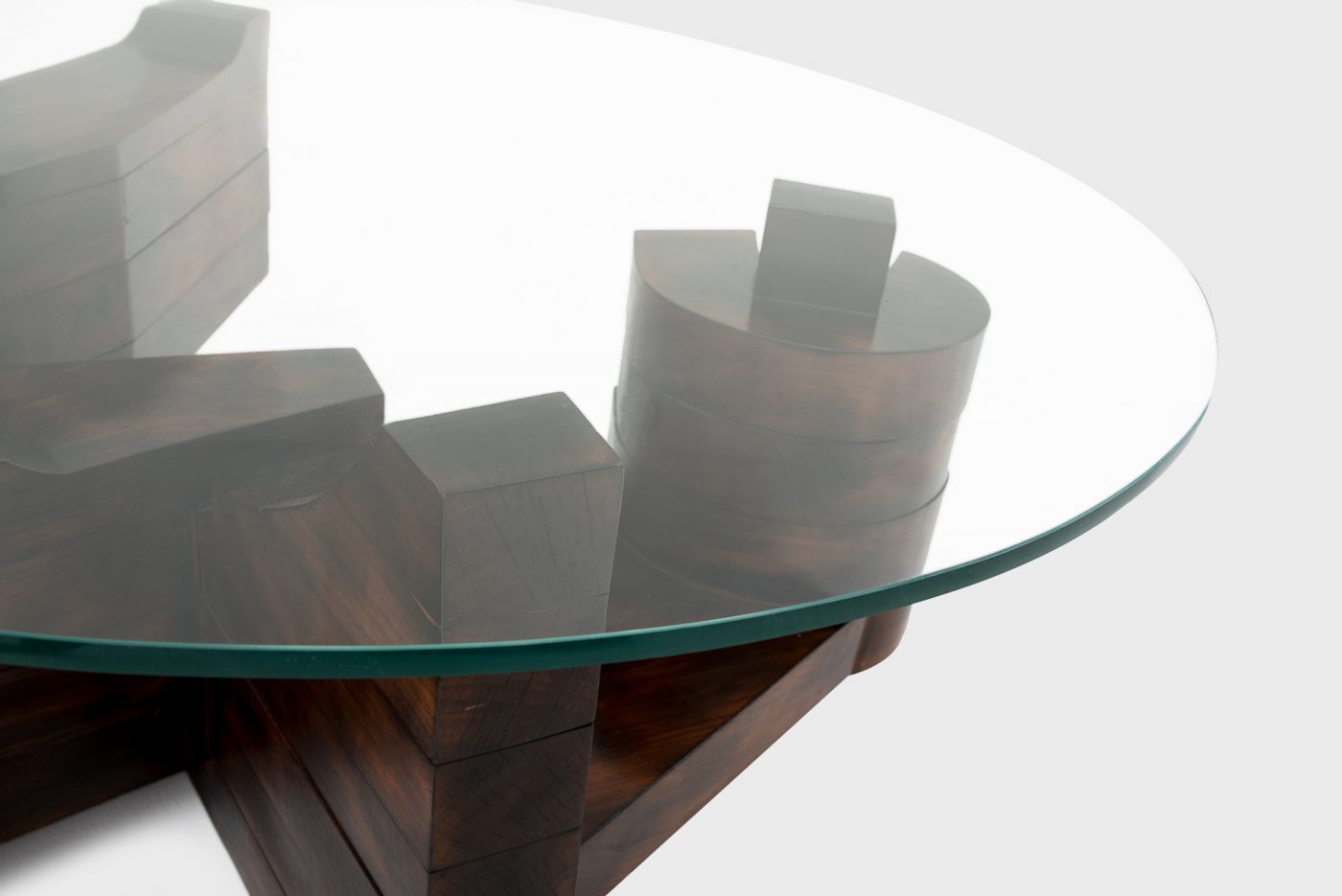 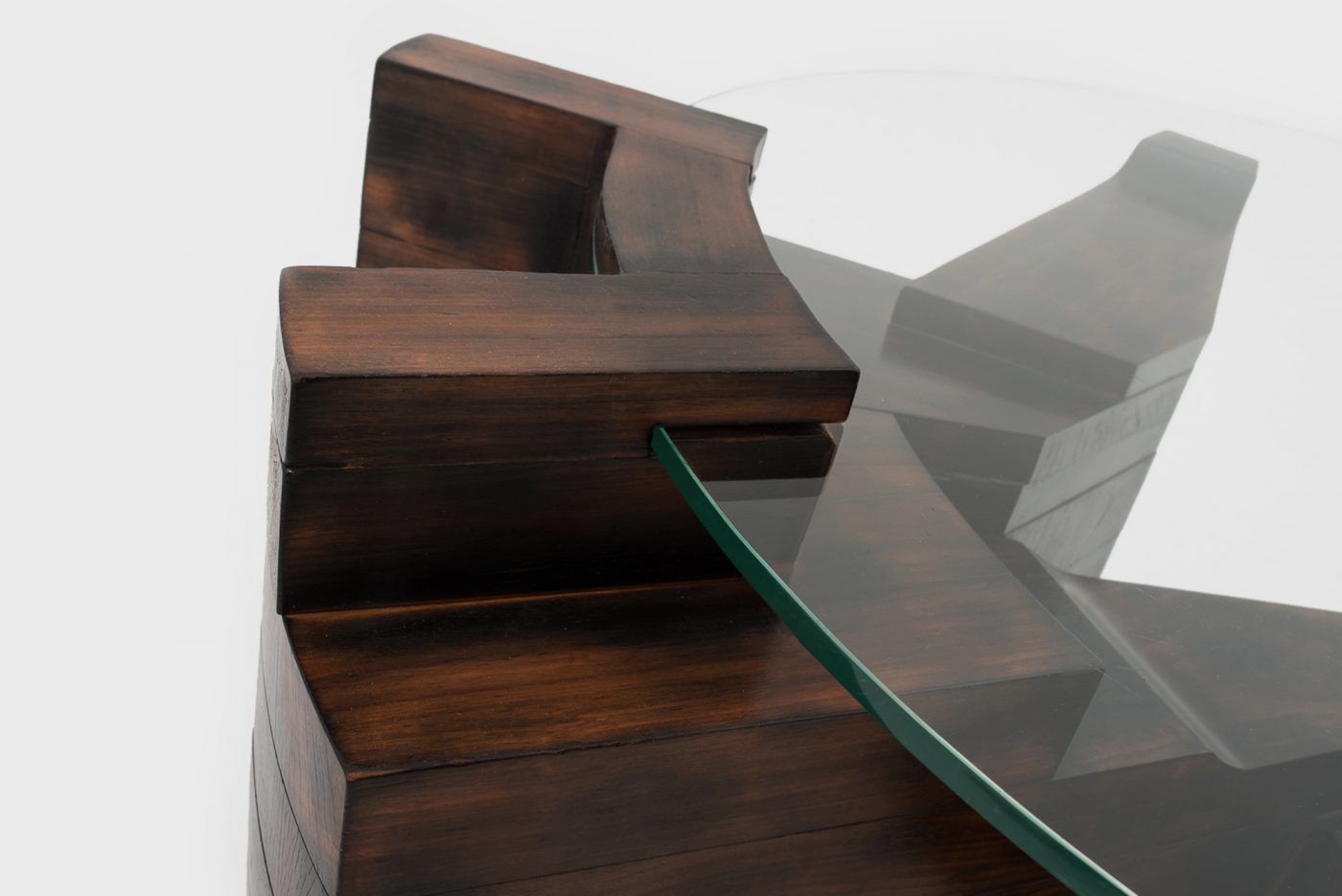 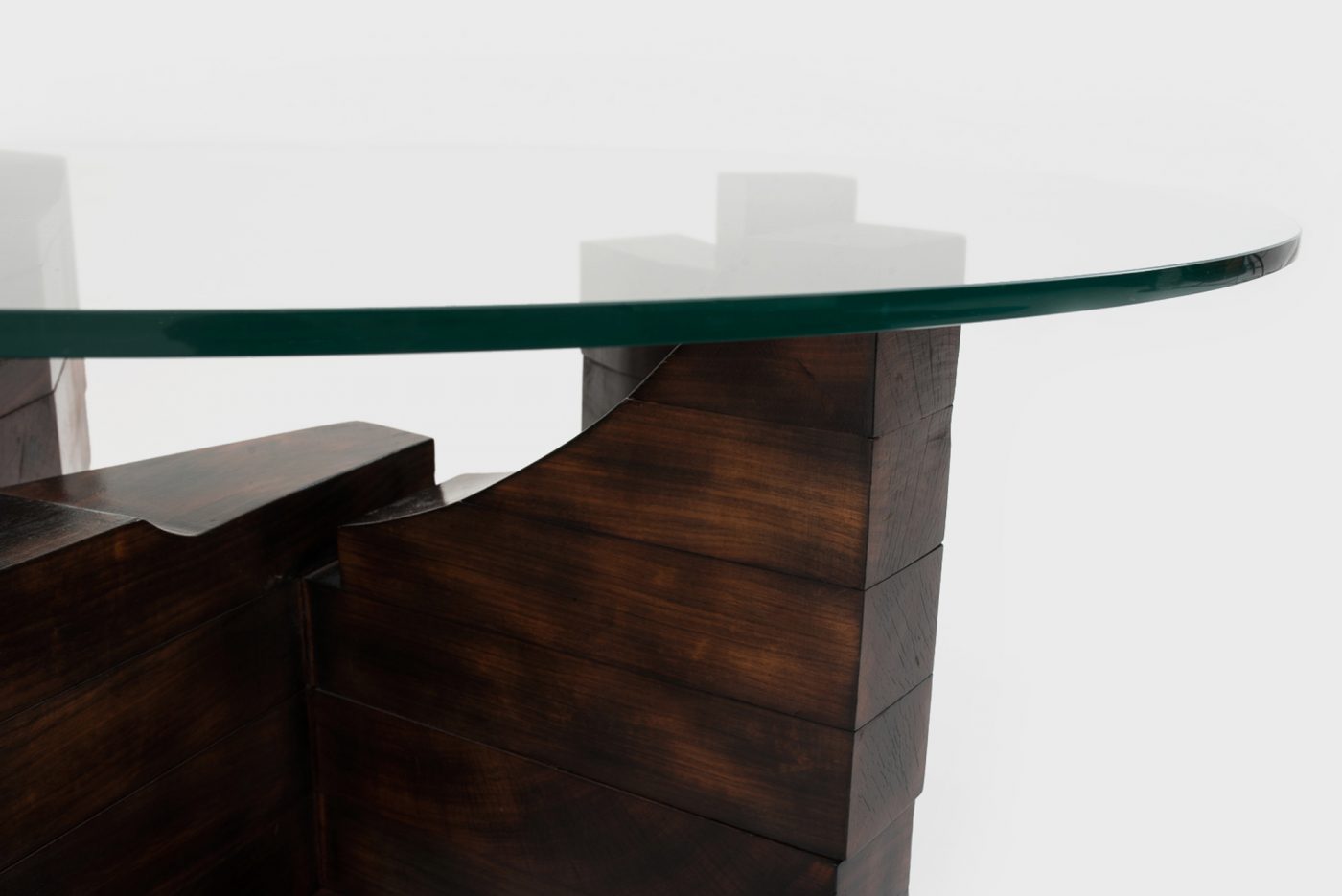 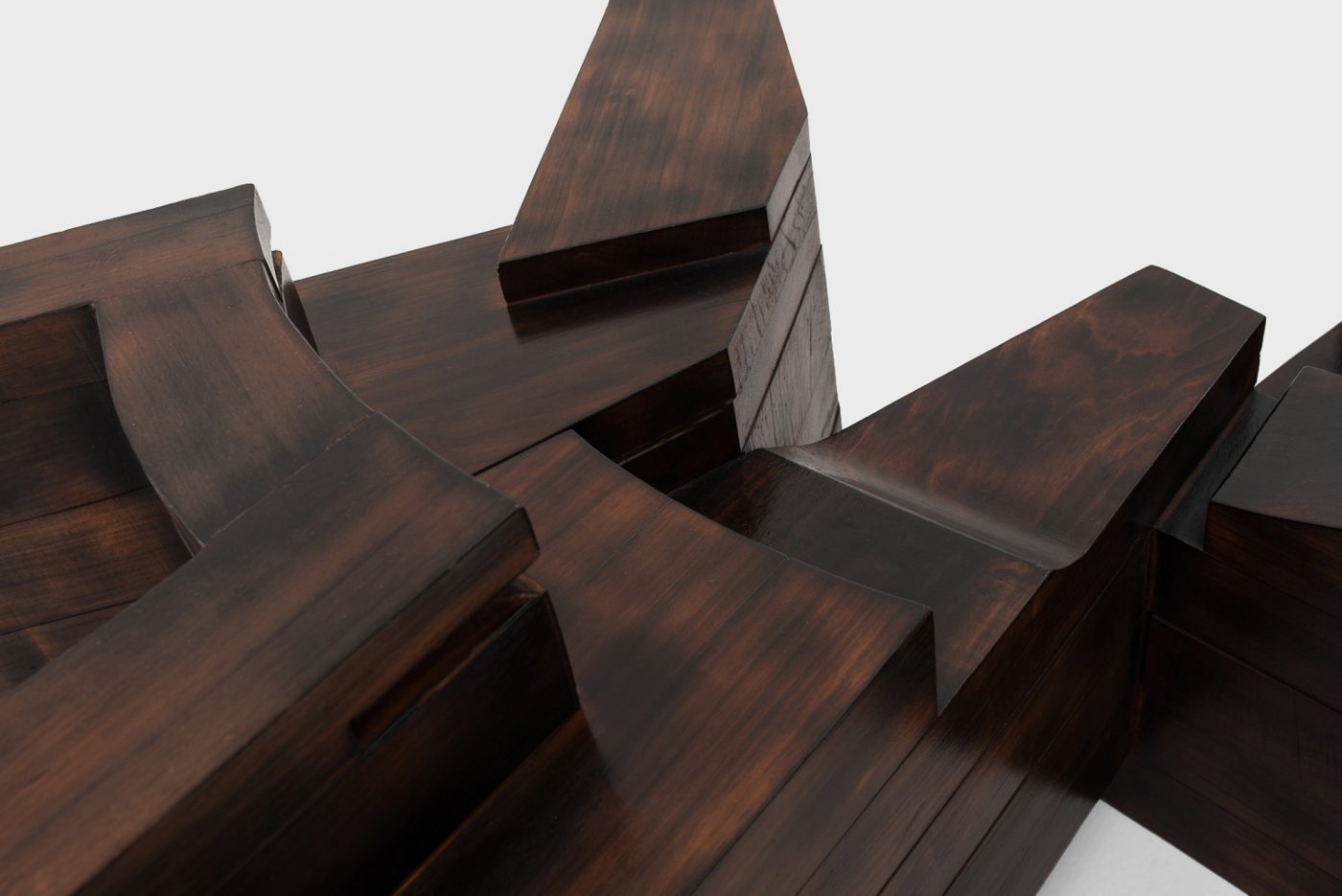 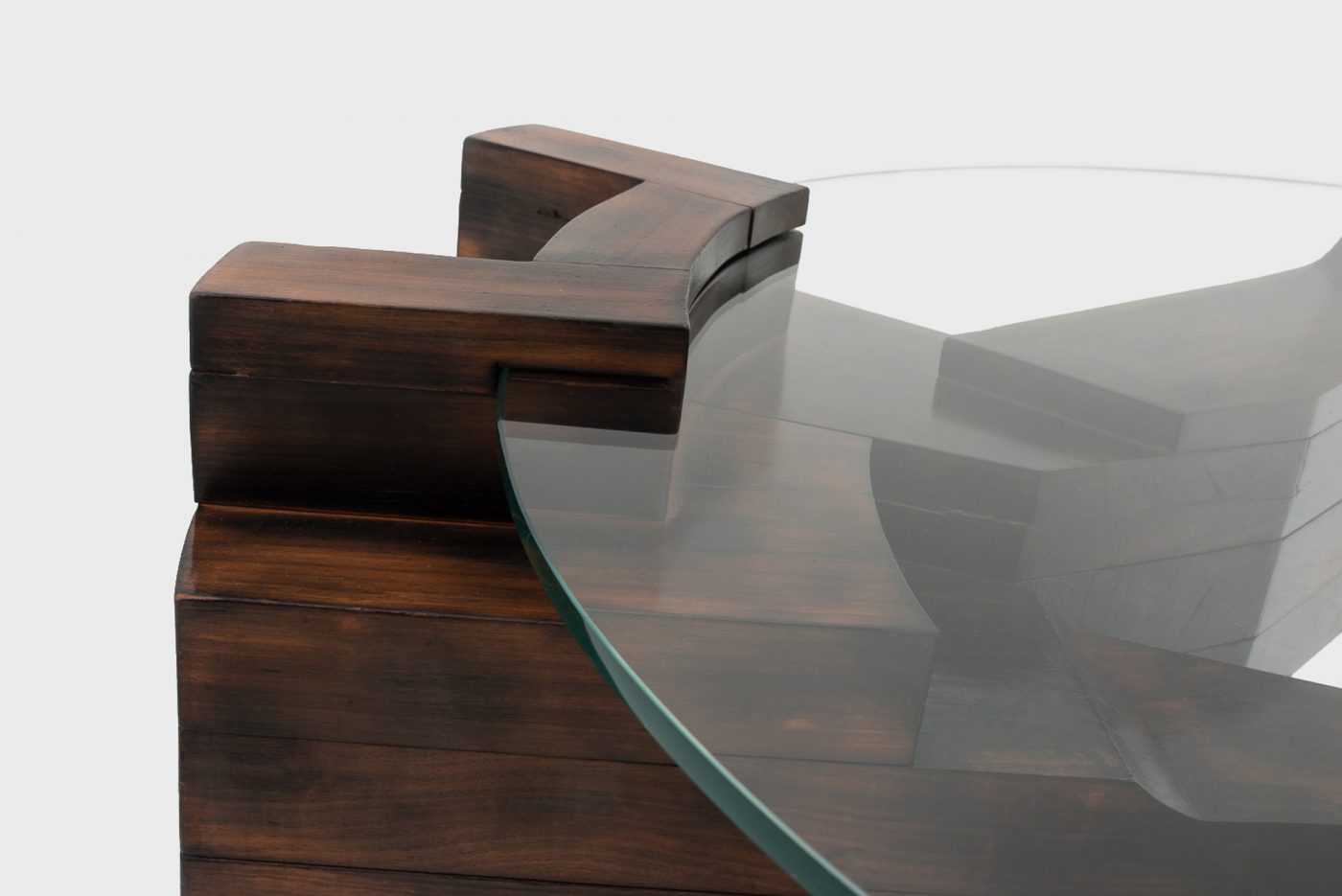 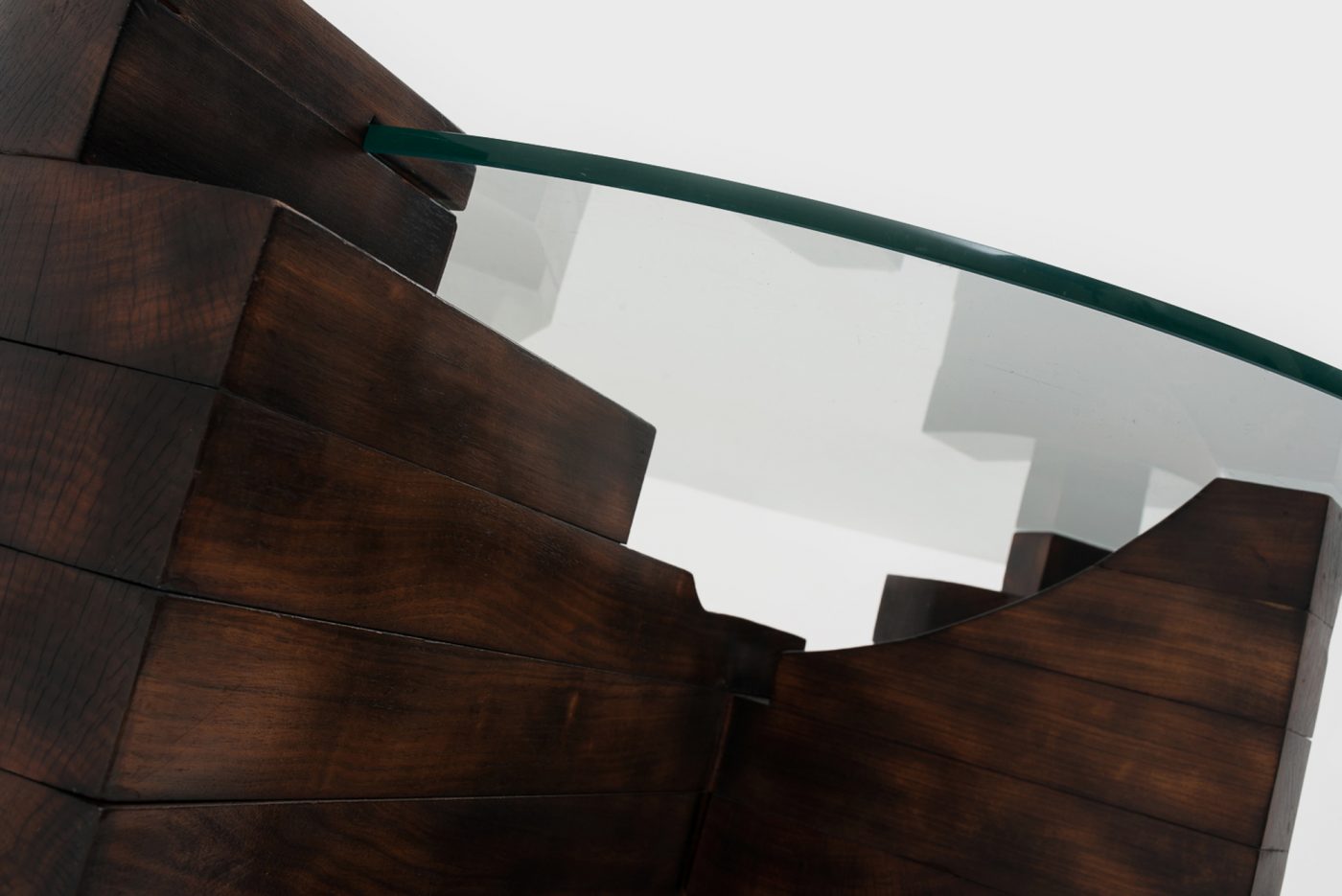 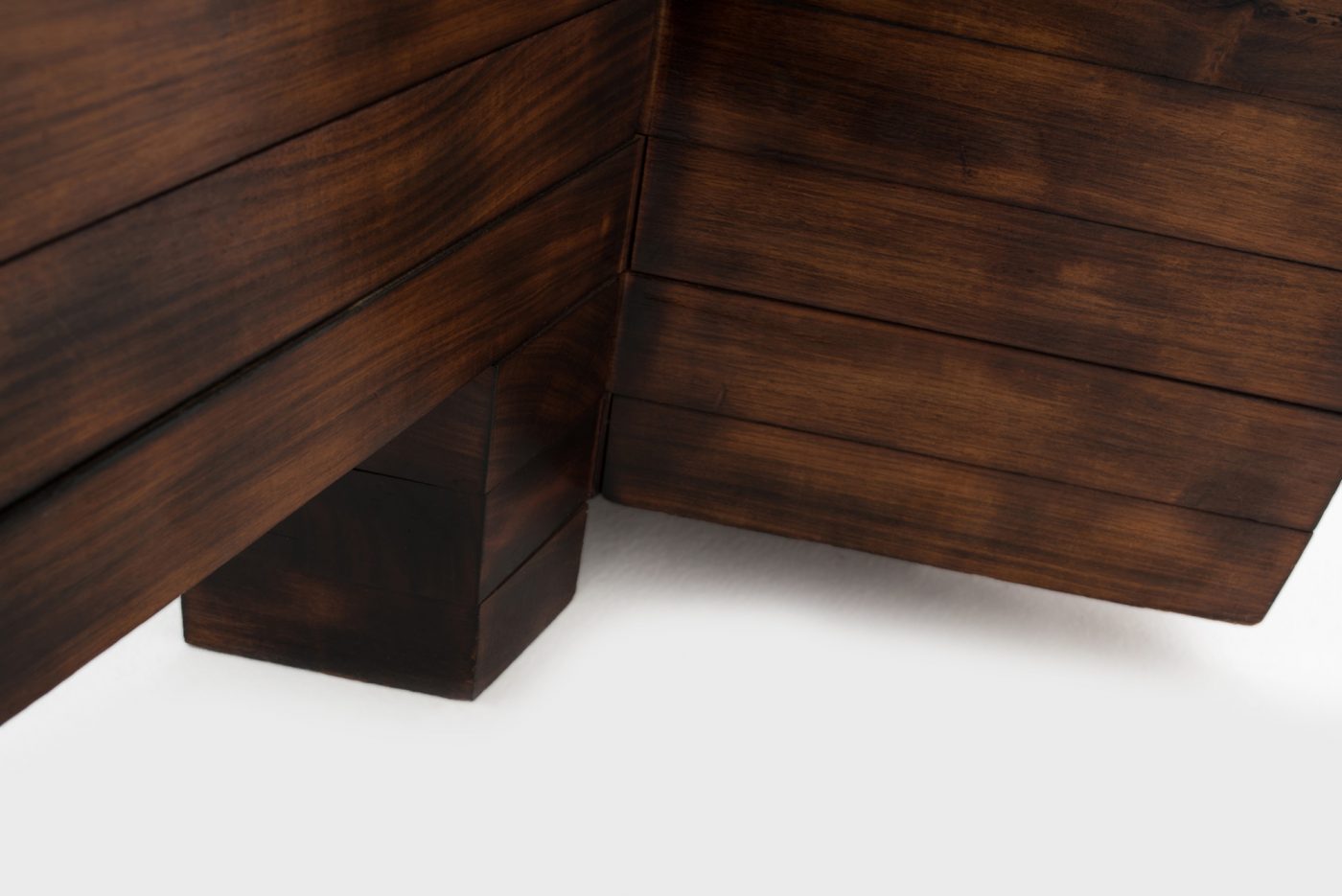 Unique 'one of a kind' wooden Sculptural coffee table by Nerone and Patuzzi for Gruppo NP2. Specially made for the Bienalle in Venice, 1967 and bought there by it's former owner.
This particular table was the inspiration for the later model from 1972 (without the intention at the first moment). The later model was produced in a edition of 200 and has strong similarities but is different in both the the design and the finish; this model is first burned with a flame and finished with clear varnish, the later models were produced in a 'burned by a flame' version or finished with a clear varnish and never both.